on December 06, 2007
I was curios for the advantages and disadvantages of LCD and plasma.So while surfing i found this interesting issue and i hope it could help to everyone who have the same curiosity as mine

Plasma vs LCD
The ADVANTAGES of Plasma over LCD are:
1. Larger screen size availability.
2. Better contrast ratio and ability to render deeper blacks.
3. Better color accuracy and saturation.
4. Better motion tracking (little or no motion lag in fast moving images).
The DISADVANTAGES of Plasma vs LCD include:
1. Plasma TVs are more susceptible to burn-in of static images.
2. Plasma TVs generate more heat than LCDs, due to the need to light of phosphors to create the images.
3. Does not perform as well at higher altitudes.
4. Shorter display life span (about 30,000 hours or 8 hrs of viewing a day for 9 years) than LCD. However, screen life span is improving to as high as 60,000 hours. due to technology improvements.
LCD television ADVANTAGES over Plasma include:
1. No burn-in of static images.
2. Cooler running temperature.
3. No high altitude use issues.
4. Increased image brightness over Plasma.
5. Longer display life (about 60,000 hours - at which time all you may need to do is replace the light source, not the entire set). This can vary according other environmental and use factors.
6. Lighter weight (when comparing same screen sizes) than Plasma counterparts.
DISADVANTAGES of LCD vs Plasma televisions include:
1. Lower contrast ratio, not as good rendering deep blacks.
2. Not as good at tracking motion (fast moving objects may exhibit lag artifacts) - However, this is improving.
3. Not as common in large screen sizes above 42-inches as Plasma. However, the number is growing fast, with some LCD sets having a screen size as large as 65-inches now available to the general public.
4. Although LCD televisions do not suffer from burn-in susceptibility, it is possible that individual pixels on an LCD televisions can burn out, causing small, visible, black or white dots to appear on the screen. Individual pixels cannot be repaired, the whole screen would need to be replaced at that point, if the individual pixel burnout becomes annoying to you.
5. LCD televisions are typically more expensive than equivalent-sized Plasma televisions (although this is changing), especially when comparing EDTV Plasmas to HDTV-LCD Televisions.
lcd modern technology plasma television 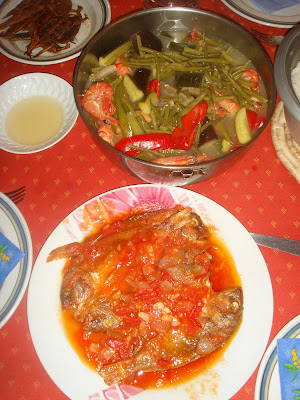 Most people even at a middle level have financial problem which we do understand because now it is not easy to have money worst about political or economic problem.You need to work harder if you want to have more but life is really not easy if you have emergency problem.Like for example any accident that might cost you to spend your saving but the worst is what if you don't even have some savings?Well it is really big headache.Asking to our family is sometimes it affects to our ego much more if we heard something bad from them about us.Anyway have you heard about easyonlinepaydayloan.com well with them you can have your payday loan online the fastest way to have extra money that helps you for emergency needs.It is really nice to hear that now we have some idea on where we can have fast loans to support our emergency problem.Do you know at Easy Online Payday Loan is the #1 site you can count on for all your faxless payday loan needs. A payday loan is a short-term loan to cover you